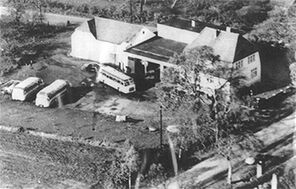 We still stand for energy, entrepreneurship and perseverance today as our founder, Hinrich von Rahden (†), did.

Even as far back as the painful return to his hometown of Schwanewede in July 1945, crossing the river Elbe on tied barrels, he showed great courage by laying the foundations for our family business.

At first, the trained car mechanic worked on his parental farm at Vorberg 12 in Schwanewede, until a trip to Hamburg enabled an existential turnaround:

From the bankruptcy of the former German Reich, Hinrich von Rahden acquired a MAN bus and thus created the basis for his haulage company, founded in Schwanewede in October 1947.

Driven by the hope of better times, satisfied with the first occasional journeys for clubs or to family celebrations, an investment-ready company gradually developed in risky times in the aftermath before the monetary reform. 1949 saw the first regular service from Meyenburg to Schwanewede and further to Burgdamm and Osterholz-Scharmbeck. 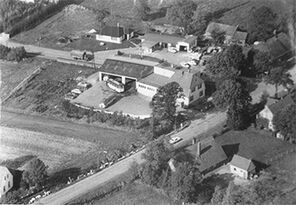 As early as 1950, the first new coach, a Borgward, was ordered. Four years later, Hinrich von Rahden acquired the 4,000-square-metre premises including the old dairy building in Schwanewede. It is still the location of our company today. The location was given its present image by various investments, including a vehicle hall, a company-owned workshop and the administration building.


As a big family, we work, stay and live together under one roof. Thanks to the long-standing trust of our customers and the loyalty of our employees, we can look back on a successful history. We feel as committed to it as to our motto "for each other - together" and the many established Hanseatic, trusting business relationships.

With a view to our tradition, we will also continue transporting people, reliably and personally.  Even upcoming generations in the company will shape the future with an eye for business development and trust in satisfied customers.

... developed slowly at first, after years of war and deprivation. But then the 1958 exhibition in Brussels sparked a previously unexpected demand. In 1958, this motivated von Rahden travel service to set up its first travel agency in a living room at Delmestraße in Bremen. In 1962, the office moved to the house at "Hillmannplatz 8-10". In 1978, new rooms were taken at "Unser Lieben Frauen Kirchhof 10-11" on the 1st floor. In 1997, relocation to the ground floor of the neighbouring house No. 9 was completed. Today, the travel agency is located at Pieperstraße 16 in Bremen.

In 1963, a severe stroke of fate followed the rise. Hinrich von Rahden passed away after a two-day illness. Erika von Rahden, born in Visselhövede, married to Hinrich von Rahden since 11th March 1949, not only stood not alone with their two sons Hinrich and Rolf, but also with the bus company.

According to the old German proverb "Geiht nich gift nich (There is no such thing as impossible)", she took on the big task and mastered it with heart, mind and energy with the support of her employees. In 1972, the 25th anniversary year, 18 buses were driving through the region and across Europe with Erika von Rahden as the manager of the company. 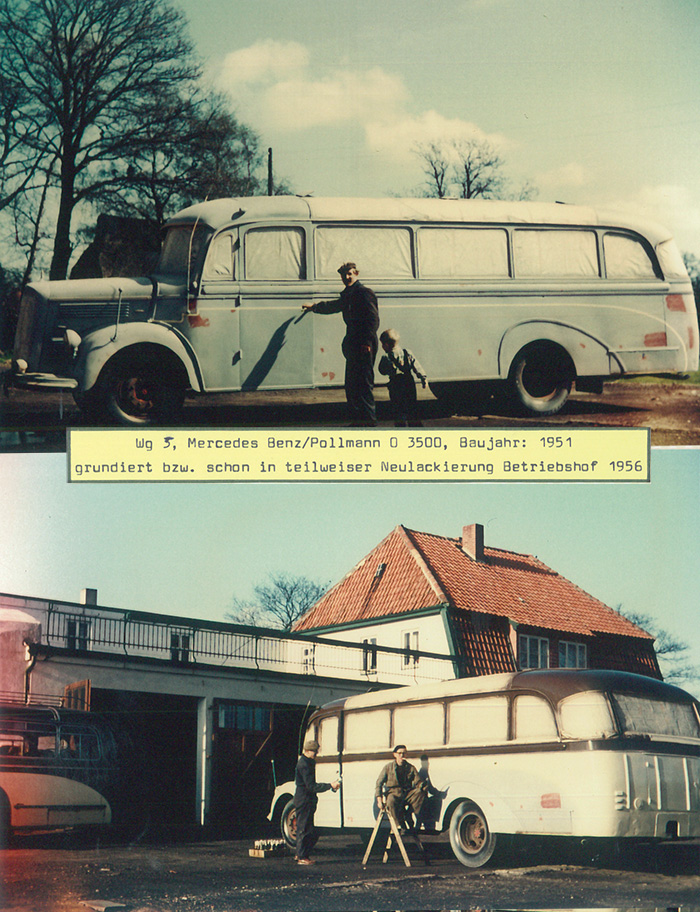 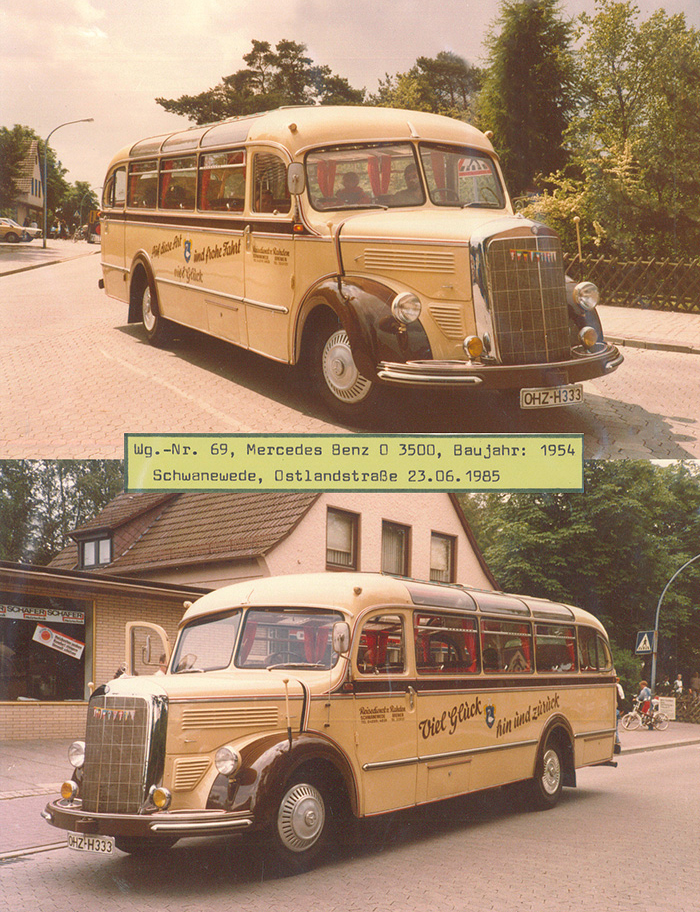 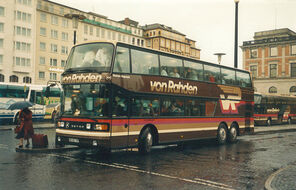 ... came in the mid-1970s: After completing his apprenticeship as a car mechanic and office salesman, Hinrich von Rahden joined the company as a shareholder and managing director. The limited company was founded, and the second son, Rolf von Rahden, eventually took over responsibility as a trained travel agent in the family business in 1985, which had meanwhile grown with a fleet of more than 50 buses.

The tasks of the sons were clearly separated: Hinrich von Rahden is responsible for regular international and regional services. In addition, he is also responsible for the purchase and technical area of the vehicles, as well as the hiring and training of drivers.

Rolf von Rahden was responsible for the whole  "tourism" segment. Until his death in 2004, he was in charge of the travel agencies, planning, purchasing and designing travel offers, including processing. Since then, Hinrich von Rahden and his wife Cornelia have been responsible for all business segments.

Cornelia von Rahden is managing director and, as such, active in the administration of Schwaneweder and Bremen. The wife of Rolf von Rahden, Ute von Rahden, strengthens the family business in both Bremen and at the headquarters in Schwaneweder.

THE COURSE IS SET

Meanwhile, the sons of Cornelia and Hinrich von Rahden, Jan-Peer and Michael, are also active in the company. As an office salesman, Jan-Peer von Rahden is responsible for purchasing, calculation and planning, while his wife Mareike is in charge of payroll, funds and administrative tasks. Incidentally, the goals of their six-year-old daughter Sina cannot be exactly determined yet: she is still wavering between becoming a double-decker bus driver, a travels saleswoman or a pony rider.

As a trained automotive mechatronic engineer and office clerk, Michael von Rahden is in charge of purchases for the company's own workshop, the purchase of vehicles, as well as the administration and renting of office and storage space. Both sons run the Knauf bus company and the company Kemper.

It cannot be predicted as yet in whose footsteps the children of Ute and Rolf von Rahden, Lennart and Janne, will follow. But one thing is certain: The course for the future of the family business has been set.

In May 2010, Erika von Rahden died at the age of 90. She dedicated her entire life to family, company, customers, travellers, and employees. Her principles

"You must honour, preserve, respect and expand what you have inherited!" and

"Those who go about their duties day by day, doing them regularly and doing them gladly, ought to have fun."

have shaped us as a large family.


We are committed to this tradition - it motivates us to look bravely into the future.